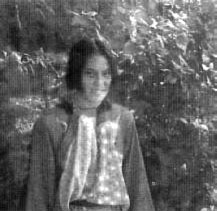 Hi! My name is Amima Laumee. I am 15 years old, and I am from the Lisu tribe. I lived in a very poor village where having three square meals per day was rare privilege. Everyone in the village wanted a way out of our poverty, and that included some of my peers, Four years ago, just before I came to live in Care Corner Orphanage, two of my friends in the village invited me to run away to the city to look for jobs. Some of us persuaded them not to go. But they were determined and would not listen to us. They left. Two years went by and I had no idea where and what happened to my two friends. When I last went back to my village to visit, I met them. The girls returned home from the city empty-handed and stricken with the AIDS virus. Forced to make a living, they had worked as child prostitutes. Some of the boys in the village who have slept with these girls had also been infected with HIV too. I look back in wonderment. If not for the grace and mercy of God, I could have been one of the girls who went to the city to work as child prostitute.

(Amima desires to serve the Lord at Care Corner Orphanage once she completes her education.)